The gig on Blackpool's Northern Pier was just mesmarising. The venue, the setting, the songs and the moment fitted together perfectly. 2 years in the planning and to be even just part of it by purely making up the numbers was such a privilege. Probably my second most favourite Damon Albarn moment of all time after Glastonbury 2009. One of best gigs ever. Even Mrs Perry loved it!!

Glad they're starting to announce some festival gigs! That festival in Denmark has a great lineup, wow. I hope this means they'll announce another tour for next year soon. Surely they will, since Damon wants to continue doing these small, intimate gigs around the British Isles. I think it would be fantastic to go around for a month or two playing all over the Britain and ending the tour with a few nights at the Royal Albert Hall... the stuff of dreams! And there seems to be plenty of room in the RAH's schedule in the winter and spring of 2019...

Did anyone record any of the recent shows ? I'd love to hear it back !
Top

It’s going to be interesting to see what sort of setlist they do on the festival circuit. Playing Merrie Land from start to finish might not be as well received as it has been at their own gigs. I remember when Blur got a bit of a backlash for playing 13 at T in the Park back in 99.
Top

Ronnie wrote:It’s going to be interesting to see what sort of setlist they do on the festival circuit. Playing Merrie Land from start to finish might not be as well received as it has been at their own gigs. I remember when Blur got a bit of a backlash for playing 13 at T in the Park back in 99.

They won't get long enough at festivals to do the same set list as the recent tour - they'll be much lower in the festival billing than Blur or The Gorillaz have ever been. Will probably have an hour tops.
Top

Oh yeah they won't be able to do the whole set but an hour would be more than long enough to play Merrie Land from start to finish.
Top

Neal Zeal wrote:They won't get long enough at festivals to do the same set list as the recent tour - they'll be much lower in the festival billing than Blur or The Gorillaz have ever been. Will probably have an hour tops.

Well, depends, for example Lucca Summer Festival is basically a series of individual concerts (one artists, sometimes two) held every few days in June/July so TGTBTQ can play even for two hours if they wish.
Top

- sorry about the late report!

I went with Jo (my daughter) last Friday. There was quite a bit of hanging around outside before we got in. We met Joff (CrossWires) and his girlfriend, so we were able to chat blur stuff as it got progressively colder. Then we were in - we had seats about half a dozen rows from the front... 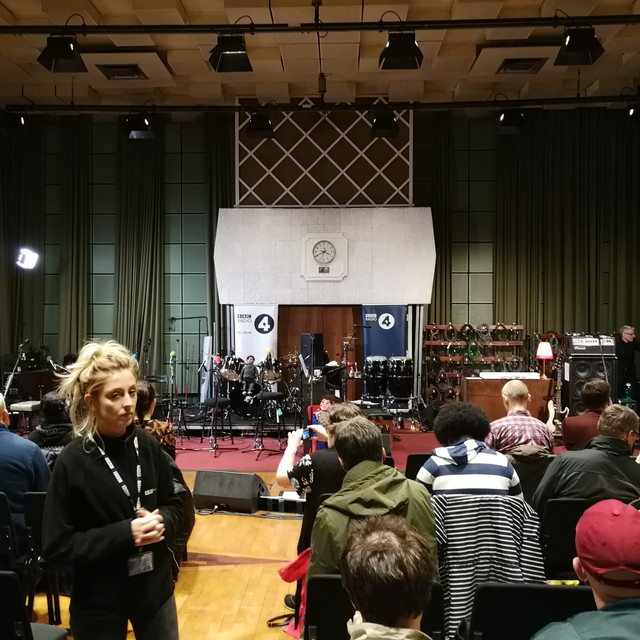 Despite all the "no photos/no recording instructions" when it went 'live', there were plenty of phones out - discretely to begin with...

John Wilson introduced the band, they trooped out and sat down - all of them with Mike, the Demon Strings and the percussionist whose name I can never remember

. Damon was immensely hungover - up all night the night before following the last Hackney gig! My heart sank, but he held it together very well - his singing was actually better than his talking... 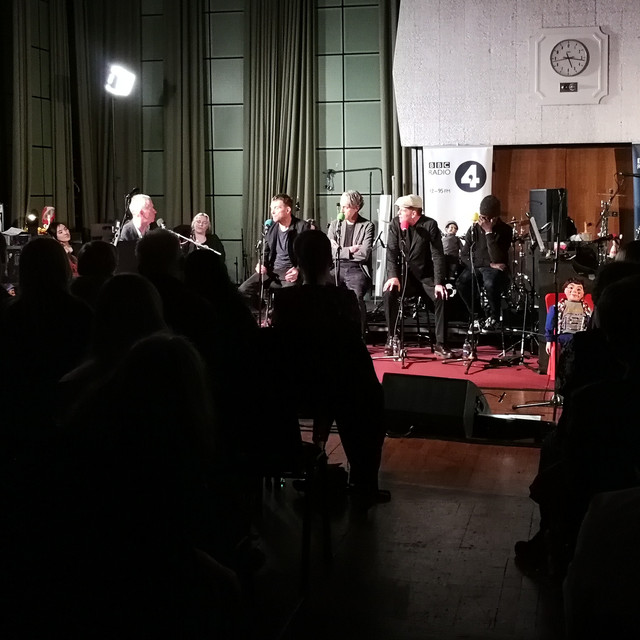 John explained the format - a bunch of discussion, then performance of a group of songs. They'd drop the performances back into the discussion in editing for broadcast. So off we went. Discussion about the TGTB&TQ album first, then they played Kingdom of Doom, Behind The Sun, Nature Springs and TGTB&TQ (I think...it was a few days ago) - then discussion about Merrie Land, and then they played Merrie Land, Gun To The Head and Ribbons. 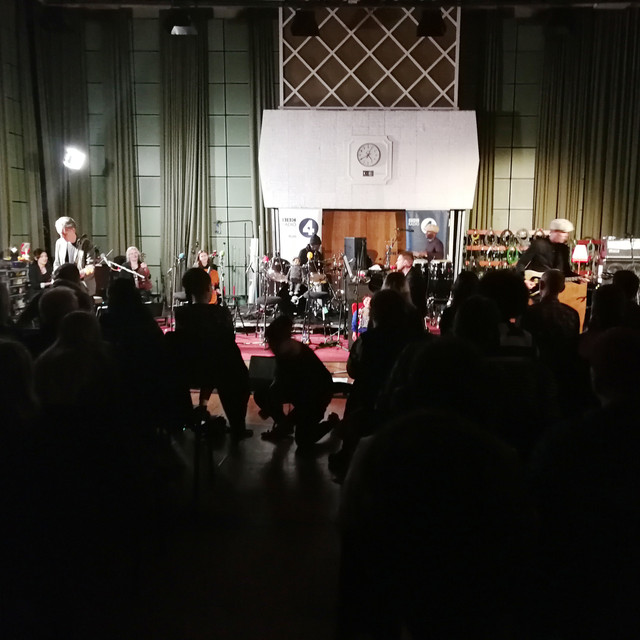 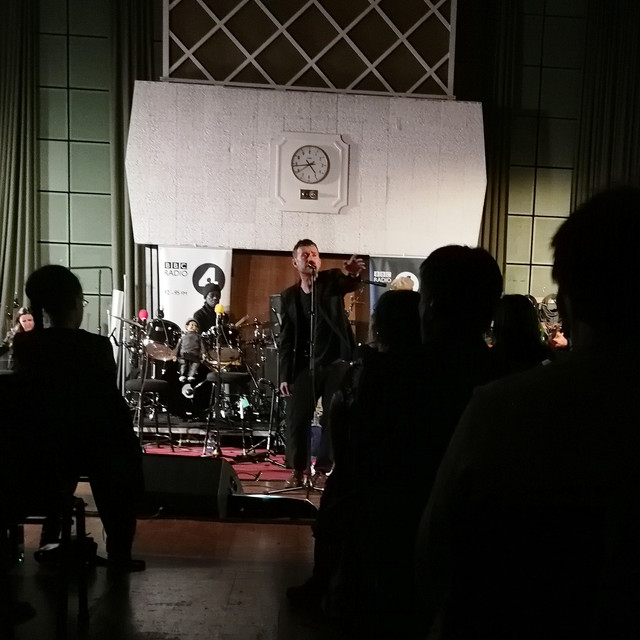 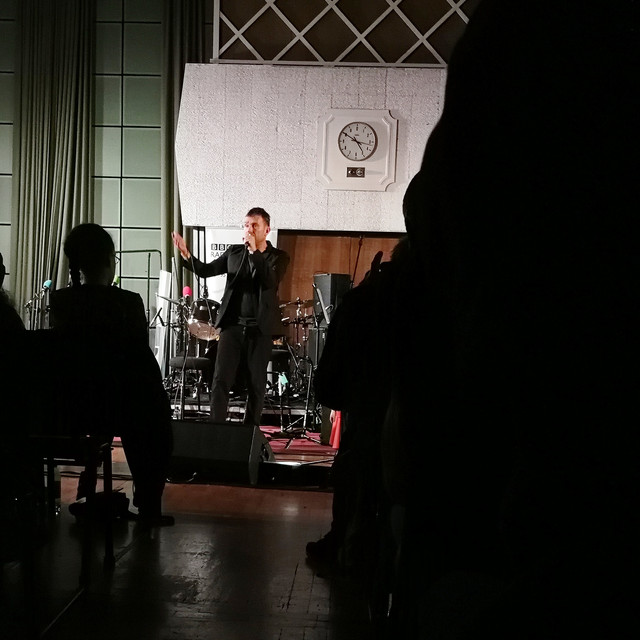 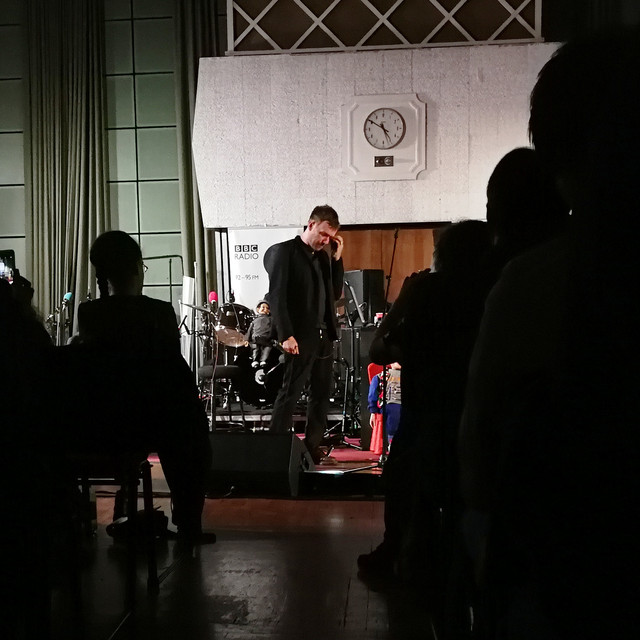 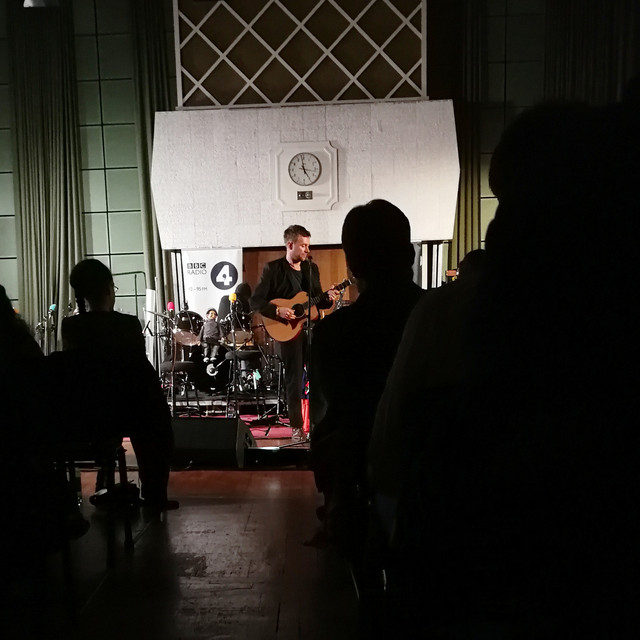 Then the Q&A, which was over much too quickly. John Wilson said he'd seen blur play since the Seymour days, and he thought Ribbons was one of the best things Damon had written. Damon said thanks, and that his Mum liked it very much!

I won't repeat all the Damon and Tony stuff as I expect we'll hear it next week, but Paul was very funny. When asked if he'd ever wanted to reform the Clash (ie before Joe died) he said absolutely not, as things were much more enjoyable when they only played small venues. He talked about the early punk days, when people thew things at them all the time (I remember those weird/mad days very well). He said he'd developed his side-to-side stage moves in response to dodging airborne bottles and glasses. He missed those times! Then they played one more number - The Poison Tree - and off they went. 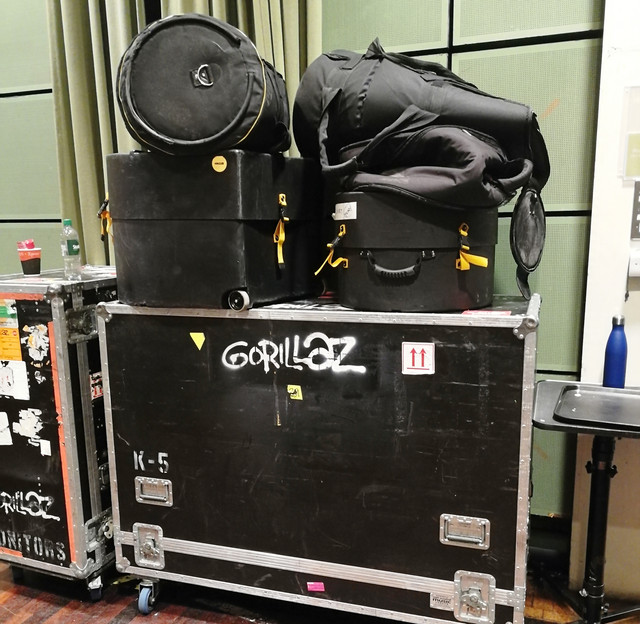 Thanks rich, I was a bit worried

Paul's story about his stage moves is hilarious

Was great to see you Rich and lovely to meet your daughter as well. It was a great day (apart from all the waiting about in the cold)

So there was a lot more music than interview? I thought it was going to be the other way around. Shame I couldn't make it.
Stephen Ainsworth : Freelance Web Developer
Top

Surely they'll be touring in the winter/spring months leading up to these summer festivals... I hope! Damon says he wants to do a proper tour of the British Isles, so I'm hoping they'll announce a tour soon.