I wanted to add to the excellent Glasgow review above with some thoughts.

The performance on this tour is a piece of theatre, right down to the eyeshadow. Merrie land is played in full because it cannot be separated. It is a singular piece, a statement, with acts and scenes, yes, but only making sense in order.

Albarn is playing the part of manic ringleader, screaming into the void, clasping the sides of his cranium to simultaneously contain the madness, and tear it from his mind. At times he takes off with the intention of trashing the surrounding set, only to pull himself back at the last moment. He howls into the microphone, channeling Floyd-ian cackling, laughing so he won’t cry.

To his side, Simonon stares aggressively into the eyes of the crowd as if to ask whether they are enjoying this, and if this is even the kind of thing you can enjoy. He grooves and foxtrots back and forth, his manic toothy grin on display as he machine guns the crowd with his dub lows. Tong is way more active than given credit. He colours the set, stomping pedals, standing proud, turning and, yes, smiling. His guitar bites loudly, and the tremeloes lull us along on a sea of melancholy.

I can’t see Allen from my position. He doesn’t care. When I can crane around, he is drinking whiskey and grinning broadly. His playing is simultaneously light on top and thunderous down below, and the duly-appointed percussionist next to him gives him the room to loosen up.

Albarn lurches forward, points at ghosts, pulls at the corner of his mouth, dribbles as he screams, punches the air because they sound so good and strange, an echo of all that is great and sorrowful on this stroppy little island. The prowling preacher gives way at points to the pleading balladeer, trying to woo back his lost love.

And in this play you see the actors having plain old fun. It feels like a gang that only care about the message they are sending and not about the sales they are getting. They blow kisses, bow in reverence, collapse into each other’s arms, tell in-jokes that are never really explained.

The only misstep is when Albarn apologises for the fact that many of the lyrics refer to England. Simonon tries to offer succour by saying that we all live on the same island. Albarn changes the lyrics of Truce of Twilight to “in the dance schools of Scot-land”. He even tries to fit in “Scot-er-land” instead of “En-gur-land.” As he does so he looks at me and we both giggle at the silliness of it. Perhaps he realises that he’s missed the point. The Scots and the Northeners both know who has led us here, and we’d rather you stick with the original target of the lyrics rather than pull us into it. The song loses some of its bite but not all, because it remains a beast.

Last Man to Leave is great on the record. Live, as part of this play, it’s a revelation. Albarn gets to act the part and he wrings it dry. Thank you.

The older stuff is still great, and still hits. It’s a little more Gregorian and apocalyptic as opposed to the seaside suicide of the newer songs. It ends with a groovy tornado, the band speeding up mercilessly, Albarn wide-eyed, fingers cramping, begging them to stop. They don’t, and force him back to the piano. It’s a perfect metaphor to the siuation we find ourselves in as a country, the message carrying right on through to the glorious end.
Last edited by kdiglas78 on 05 Dec 2018, 12:33, edited 6 times in total.
Top

I couldn't agree more Kdiglas. It is a piece of theatre right down to the backdrops and the lighting. Early in the set at Blackpool I found myself blown away by the image of the band silhouetted on the stage. The imagery was so striking at times.
Top

Does anyone know if the 2 bonus tracks have appeared online to download, other than being on YouTube. I would actually buy these if released separately but can’t justify the extra cost of the more expensive set so close to Christmas. St George and the Black Bird could so easily be a Blur song, maybe a b-side from TGE?
Top

Can't tell you how much I regret not grabbing a photo with him. It was no later than about 10am too. Fuck me dead.
Top

Anyone go to the London show last night?
Were there many touts near the venue?
I'm hoping to pop along tonight but don't currently have a ticket...
Top

Neal Zeal wrote:Anyone go to the London show last night?
Were there many touts near the venue?
I'm hoping to pop along tonight but don't currently have a ticket...

Neal Zeal wrote:Anyone go to the London show last night?
Were there many touts near the venue?
I'm hoping to pop along tonight but don't currently have a ticket...

Thanks - will aim to arrive around 8:30. I live in London so not the end of the world if I don't get in.
I'm not paying over fifty quid!
Top

Well I'm here in "Sunny" Hackney. I'll try and post a couple photos of the gig tonight.
What's the best time to go in tonight? Not too fussed up close. As its a small venue.
“I need something to remind me that there’s something else”
Top

Review: The Good, The Bad And The Queen at Earth, N16

Nobody could accuse Damon Albarn of being work-shy. Alongside inventing Brit pop with Blur, creating the first virtual band in Gorillaz, forming the Afro-British collective Africa Express and writing the operas Monkey: Journey To The West and Dr Dee, he came up with this supergroup in his spare time.

The bassist Paul Simonon of the Clash, the 78-year-old Nigerian drummer Tony Allen and the former the Verve guitarist Simon Tong joined Albarn for a band who, on the just released second album Merrie Land, offered a portrait of the country fracturing under the shadow of Brexit. For the man associated with making pop British again, Merrie Land is a brave, sophisticated move.

What works on record doesn’t always work on stage, though, and when the first half of this concert featured the album in its entirety, Albarn came across less like an artistic genius, more like a smart-arsed sixth former poking fun at the rest of us. On the title track he berated deprived northern regions for supporting the vision of wealthy Brexiteers “who don’t care about us, they are graceless and you shouldn’t be with them”. Maybe not, but with his appropriation of whirling fairground organs and depressed music hall singalongs, a backdrop of a gloomy pier and a female string quartet in flat caps, they won’t want to be with this shouty clever clogs either.

The album proved too slow and ponderous to come alive and Allen, formerly with the Afrobeat legend Fela Kuti and one of the most exciting drummers of his generation, was left to play as if he was in a hotel lounge. The clash of musical styles was great: Tong’s shimmering guitar was an unlikely but successful fit with Simonon’s ultra-low bass, and Albarn’s acoustic guitar on the folky Ribbons was lovely. It was the presentation that grated. Right down to Albarn’s inexpert turn with a ventriloquist dummy, it seemed patronising. He was portraying a culture he didn’t show any real empathy for.

Then came a second half of songs from the first album and it was as if the hits had arrived. History Song, Nature Springs, Kingdom Of Doom . . . each one was a reminder of Albarn’s uncanny ability to write a killer tune. Ending with the frantic The Good, the Bad & the Queen, this was a real showcase of Albarn’s rare talent, not the laboured vision of working-class life that went before.
Top

the first three of my videos from EartH Hackney last night

I've never seen Damon so animated and happy - and Paul is immense! What a night... 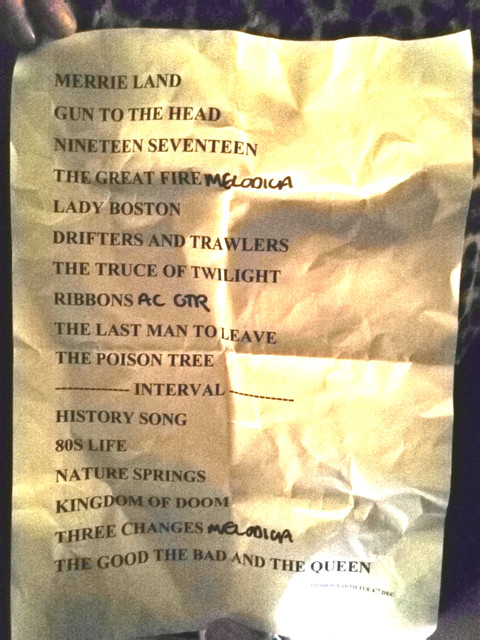 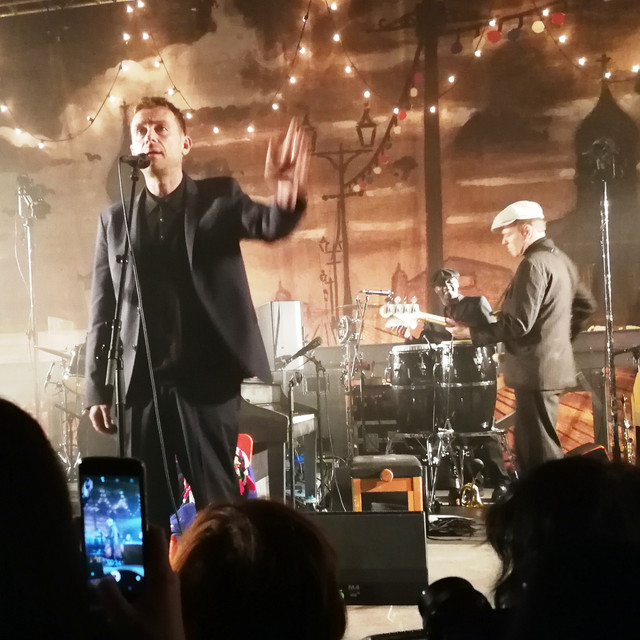 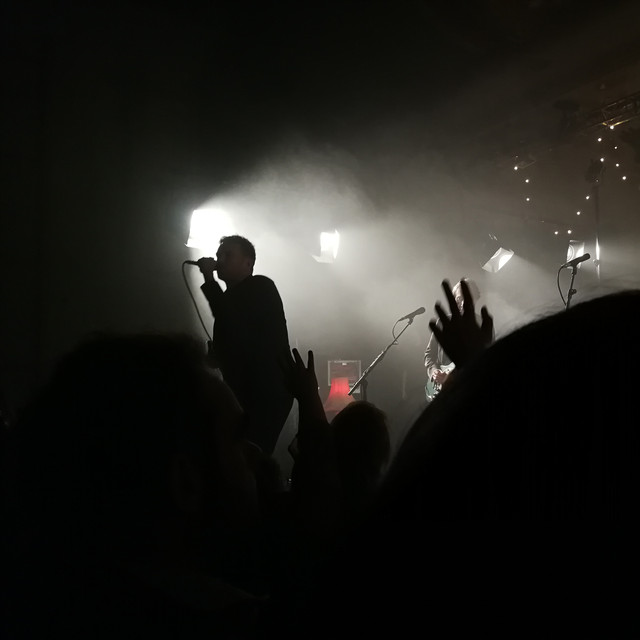 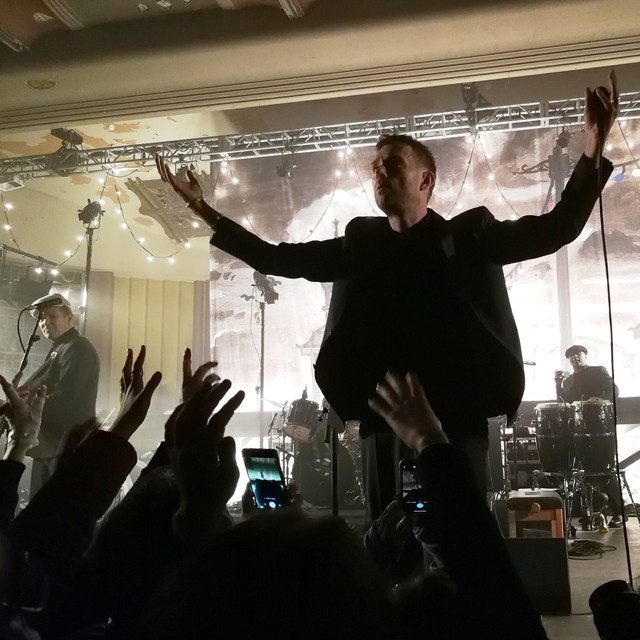 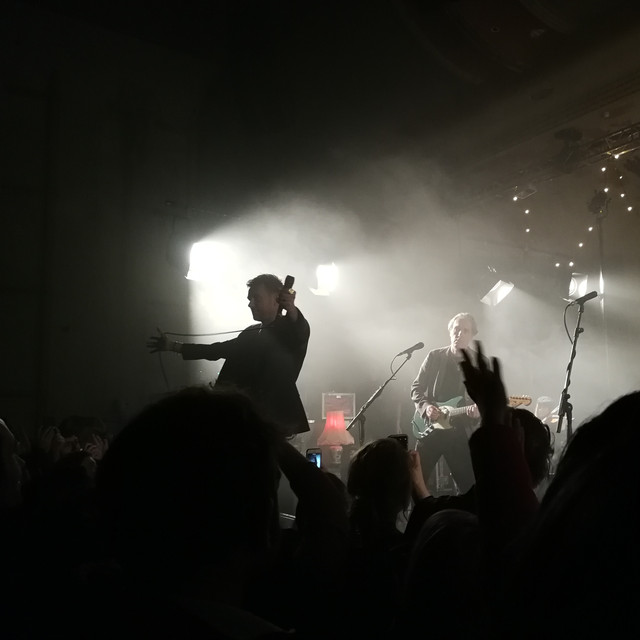 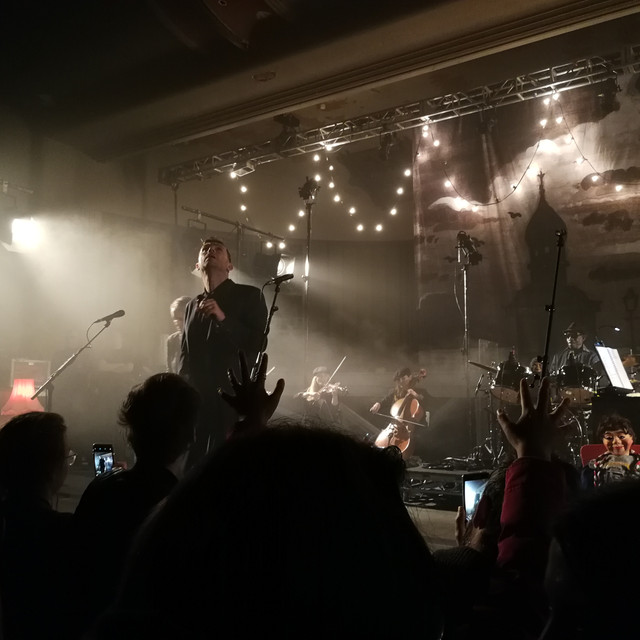 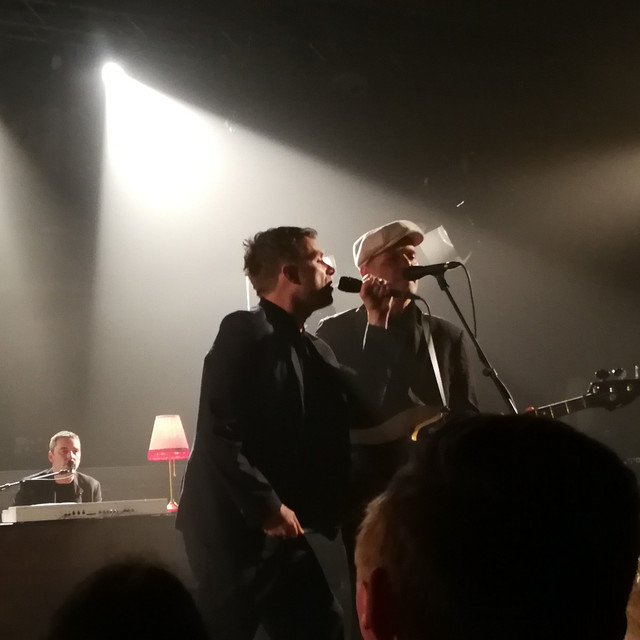 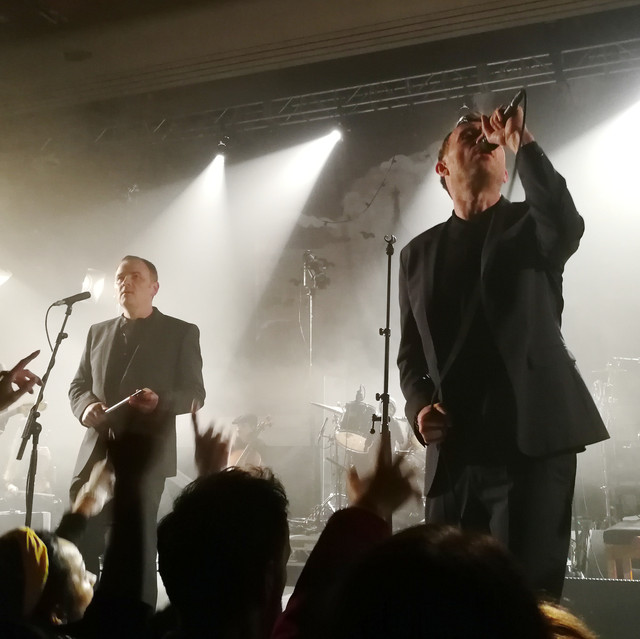 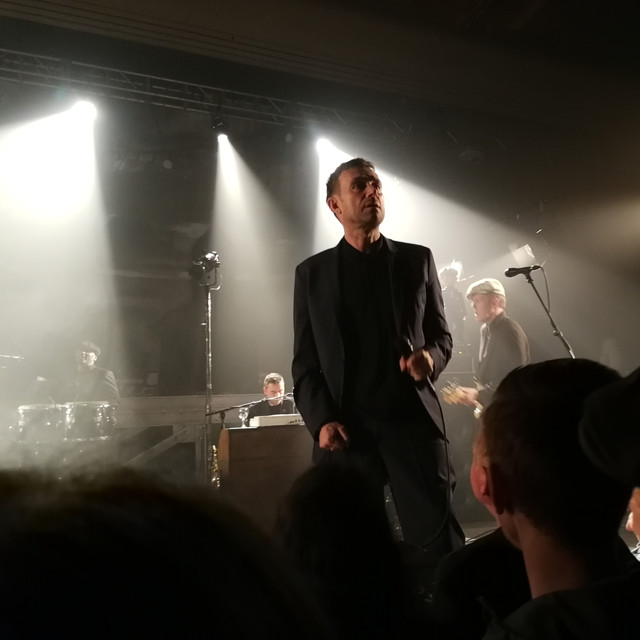 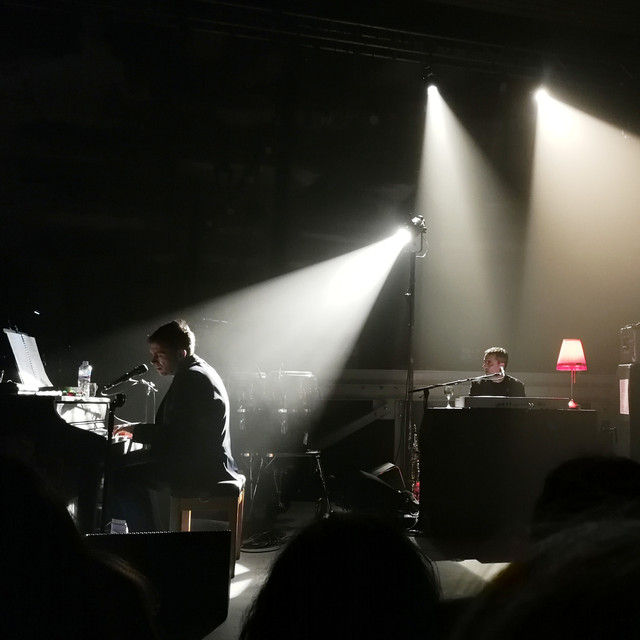 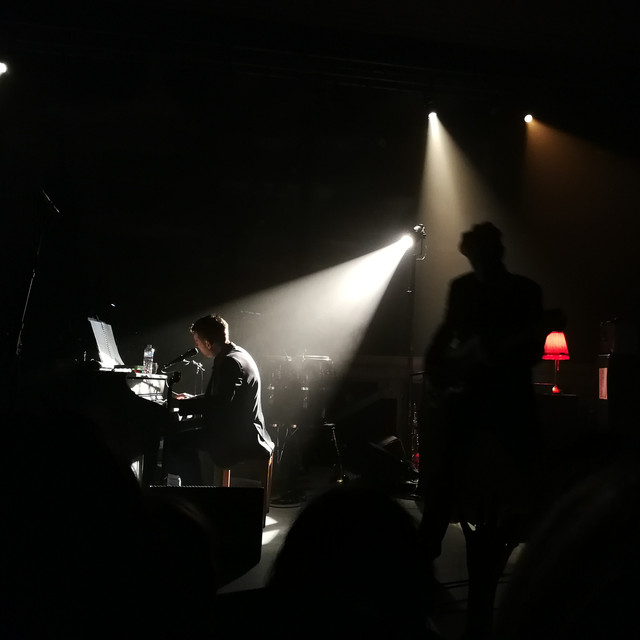 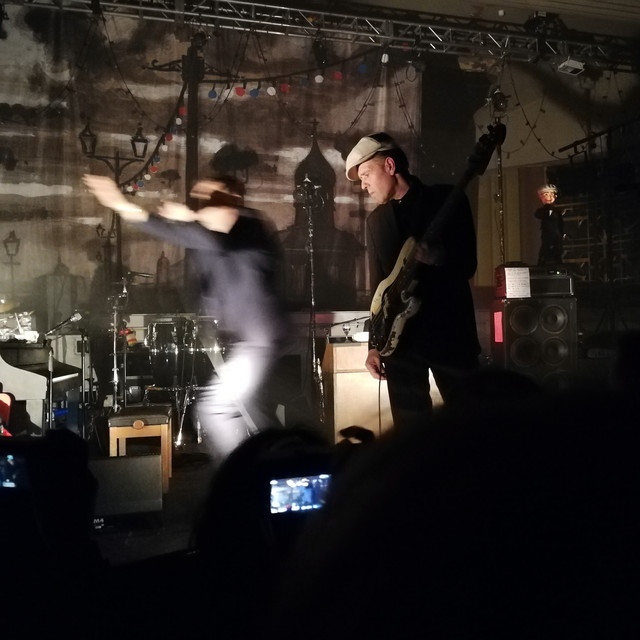 Have the band played any crossover songs yet? I think a couple of Gorillaz songs would fit nicely into the set, without sounding anything like Gorillaz songs.
Stephen Ainsworth : Freelance Web Developer
Top

stephen wrote:Have the band played any crossover songs yet? I think a couple of Gorillaz songs would fit nicely into the set, without sounding anything like Gorillaz songs.


Not that I’m aware of. In my opinion, they really wouldn’t fit.
Top

stephen wrote:Have the band played any crossover songs yet? I think a couple of Gorillaz songs would fit nicely into the set, without sounding anything like Gorillaz songs.