PersonL wrote:Yeah I was hoping to get a spot towards the front but not the very front of the stage. Basically front-mid-center. A place it's close but I'd have a good view of all of the stage. I suppose if I start waiting about 2-3 hours before they come on, I'll be able to get a good spot hopefully. Has the schedule for the gig been released yet? I haven't been able to find it. Wouldn't mind seeing metronomy and the horrors either.

All stage times are on the BST app

twostep - this has been bugging me for ages. Is your profile pic from the box set sketch from Portlandia?

And yeah planning to get in around 3 o'clock - I want to be nearish but not too bothered about right at the front.
Top

I like what I've heard of Kitty Davis & Lewis and Drenge (especially the latter. Killing Joke meets grunge) but the rest not really fussed.

Metronomy are a fantastic band and probably the only band other than blur for which there will be a lot of die hard fans of there.

Drenge are decent too
Top

So excited about Teleman and Roots Manuva. Not sure I can think of two better support acts at any Blur gig I've seen (except Pulp and Supergrass!).
Top

He's So High wrote:twostep - this has been bugging me for ages. Is your profile pic from the box set sketch from Portlandia?

It is! When they run out of episodes to watch

ahahahaha ...it seems that on saturday the poor Dave Grohl will be able to hear Blur from his flat...at least....
I hope he'll enjoy that!
Top 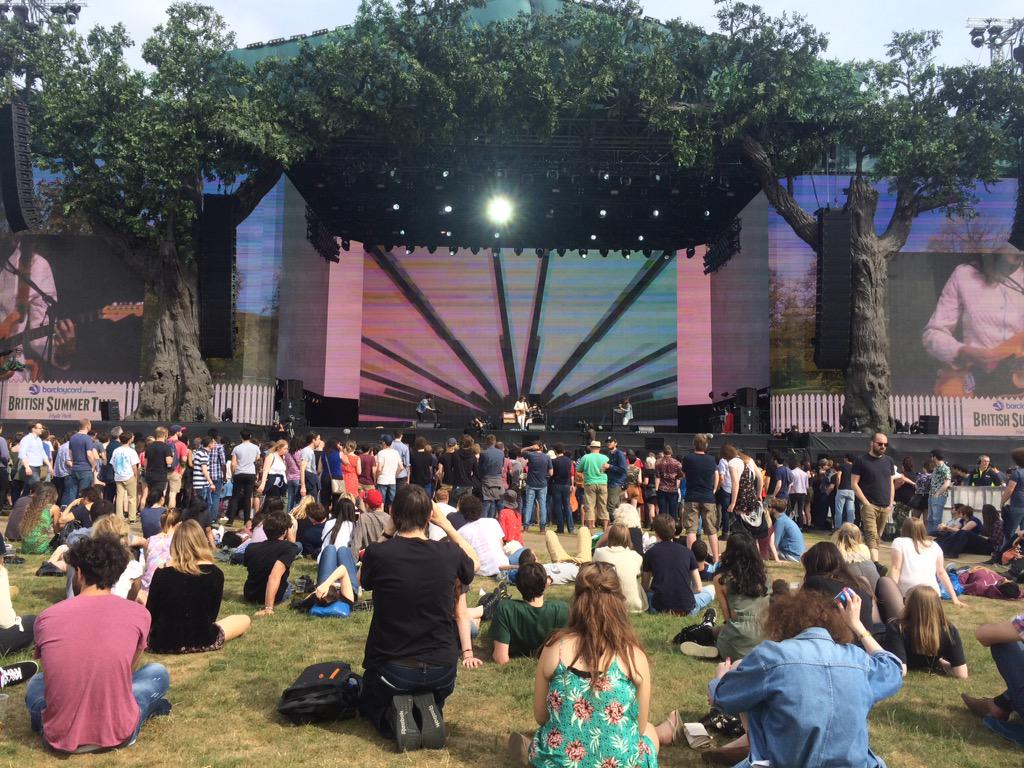 Yup, that's The Great Oak stage, the pic was taken a few hours ago I must add.

Saw some pictures earlier and the barrier went all along the front (as usual) but forms a square til about half way back. What's this for? Is it General Admission?
She's a well wisher and she wishes you well
Top

Weather for Saturday is looking quite poor atm

Rain showers as opposed to heavy rain. I can cope with that, though it's annoying for my glasses.
Top

tbh I'm quite grateful the weather isn't gonna be THAT nice. don't know if I can handle another concert in boiling heat after seeing arctic monkeys in verona last year and feeling like I was gonna die
Top
Post Reply
426 posts