Sounds like an odd gig. 'Barrier-gate' and atmosphere partially killed, strange set-list omissions, lots of casual fans in the crowd talking, dodgy sound. Doesn't add up to a classic Blur gig from what I can tell. Given the choice I'd still have been there, but yeah, not a classic. Such a shame at a lovely venue like that too.

It was a bit annoying that the safety barrier collapsed during TNOW but it was no fault of the band obviously, although I didn’t think it helped that some idiots were booing around me and due to the delay we missed out on Ghost Ship, Mirrorball & There are too many of us from the night before, if I remember rightly, but apart from that a great night and a strong and long set, that will teach me for finding out what Glasgow’s setlist was. Many many highlights, loved Parklife (I like the Damon version), I Broadcast, Beetlebum, HTOC was awesome and Stereotypes was fantastic, it felt like 1995 all over again. Shame some of the new songs had to take a dive due to the delay but then again the majority of the crowd who don’t know the new material would have missed the older songs more and the band did the right thing I guess.

The sound wasn't the best I guess, which is strange as I though the Ballroom would be great, but once again, I don't think it was Blur themselves as they were tight, just didn't carry as well but don't really have any complaints.

And on another plus note, I got a Blur comic

Which will never be released from its sealed wrapping

What - one of the signed comics?

Confirmation that Ghost Ship was dropped. FUCK!! Should have ditched To The End instead, Ghost Ship is a cracker.

You can also see that they didn't even plan on playing Mirrorball/There Are Too Many of Us. I wouldn't go as far as saying it was a disappointing night but out of the 9 Blur shows I've been to so far it was probably the least satisfying mainly due to the bloody barrier incident. You could tell the band were getting into it by the second song and then, oh, off stage. They never fully recovered.

I do agree, Ghost Ship is a topper, but see why they'd want to trim that to proceed to the middle core of the setlist incase there were any more difficulties.

Glasgow was always going to be the gold standard of the tour due to it being the Barras, but feel extra lucky to have attended now.

I'd say Wolverhampton is the gold standard of the tour so far, incredible having Song 2 so early in the set compared to so late (Glasgow, Blackpool). The entire set was top notch. Arguably one of the all time BEST setlists too. I mean:

I guess it's hard to judge as depending on where you've been in the crowd (i.e. arses/casuals around you), the crowd in general, the venue factor, the setlist, they all factor in. This was the best gig I have ever been too. The Barras factor is not fiction, it really is magical!

Glasgow setlist was the same, a small amount of switching and six songs more including HTOC

A perfect Barras gig would trump 99.9% of other gigs in other venues.

Wish I could've made them all, but kids prevent travelling now

. Have Hyde Park next though, but will be very different.

Anyone any links to videos from Blackpool?
Top

I don't think I've ever been to Glasgow so I'll have to check out the venue when I do go as it sounds excellent!

I took a 30 second clip of Coffee & TV which I'll throw on Facebook in a bit.

Wow a lot of drama yesterday! It even was mentioned on BBC 6 Music this morning, as well as some fans sharing their experiences from the show. Thank god it didn't get worse and no one got hurt 'cause that would be right downer.

Oh and yes, Graham will be on Shaun Keaveny's breakfast show next Thursday.
Top

101reykjavik wrote:What - one of the signed comics?

Nope, unfortunately not, just the standard one but one of the few new items I wanted to pick up.
Top 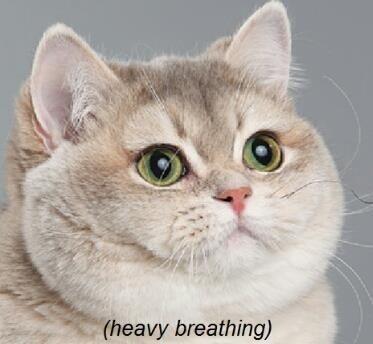 Something similar happened in October here when Damon started the show, but the barrier never fell completely. Anyway the show stopped during 30 minutes or something. After Damon came back to the stage, the show was magical and epic.